If you want to visit places such as the Dalí museum in Figueras , the Gala Dalí house at Puból , the house of Dalí at Cadaquès or some museum in Gerona , we always check the days and time of opening before we confirm the excursion . If you want to visit a vineyard , we can book the visit ourselves at the time and in the language that you desire . The non european citizens who want to visit Andorra must take their passport . Excursions can be combined . In this case , please consult us for price. See videos 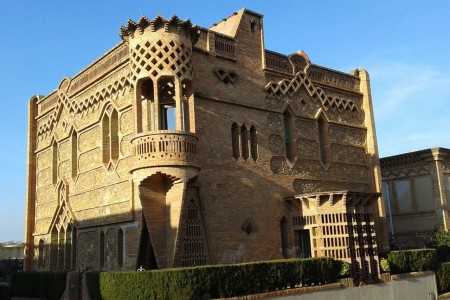 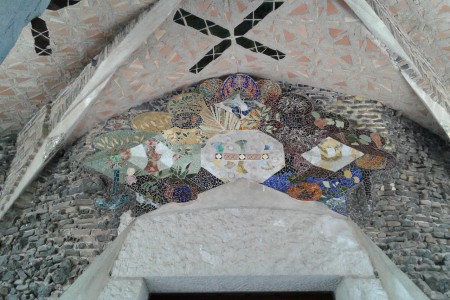 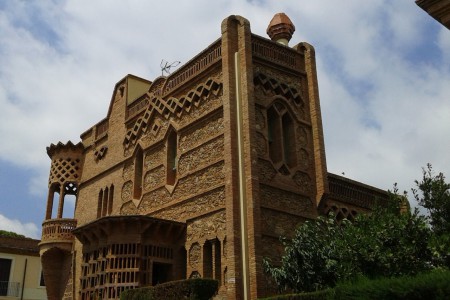 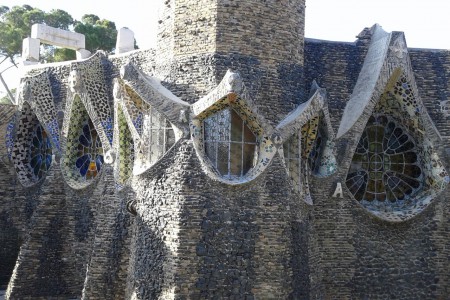 THE COLONIA GÜELL was comisioned to Antonio Gaudï by Eusebí Güell . It is an industrial village built near the textile factory of Eusebi Güell , to accomodate the employees . The village has houses , church , school , theater , etc...The buildings have been designed by different arquitects in modernist style (Art Nouveau) . The ensemble (factory and industrial village) is situated at about 15 km west of Barcelona .The idea was to keep the employees away from working class social movements that took place in Barcelona at the end of the 19th century . The visit can be combined with a visit to Montserrat . 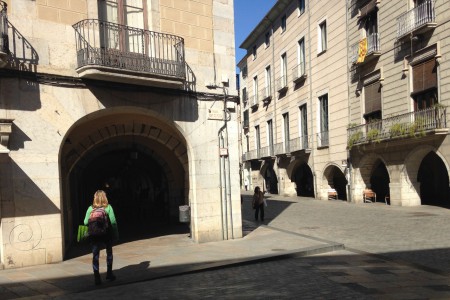 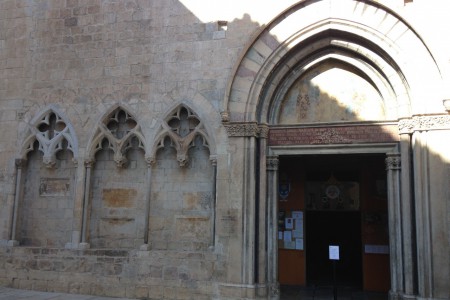 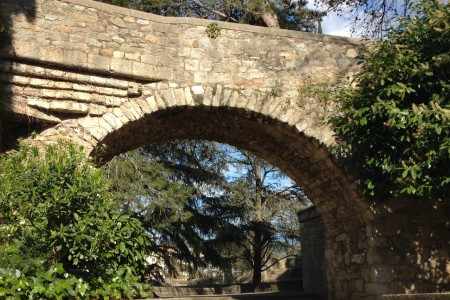 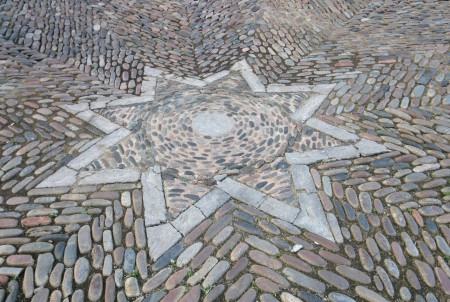 GIRONA is located at about 100km north of Barcelona . The historical center of the town is surrounded by walls . The highest point is the tower of Sant Domenech . Within the perimeter , you can visit places and monuments related with the middle age : The arabic baths , the church of sant Feliú , the church of sant Pere de Galligants and of course , the cathedral , with one of the widest naves in Europe . Nowadays , the church of Sant Pere de Galligants is part of the museum of arqueology of Catalonia . You can also go inside the university and admire the cloister . In some parts of the historical center , several scenes of "Game of thrones" have been filmed . In the heart of the old town is the jewish quarter , also called "el Call" ,  and the museum of history of the jewish community of Gerona , one of the most important jewish communities in Spain until the end of the 15th century . Outside the walls , you can admire the old houses along the Onyar river . If you cross the river on one of the bridges , you will arrive at "Plaza de la constitución" , surrounded by arches.
Access to the interior of the Old City is limited to certain vehicles such as delivery vans or cleaning trucks. Offenders are fined. That's why the driver will drop you off at one of the entrances to the historical quarter and wait for you at the same place or at another access if you wish. Anyway, the old Girona is not very extensive and you can see all the places on foot without problem. 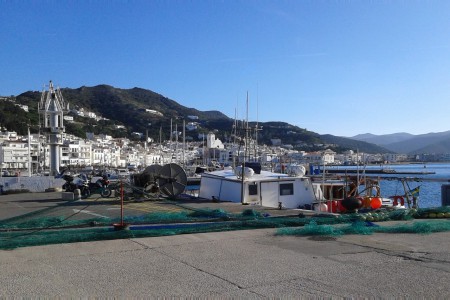 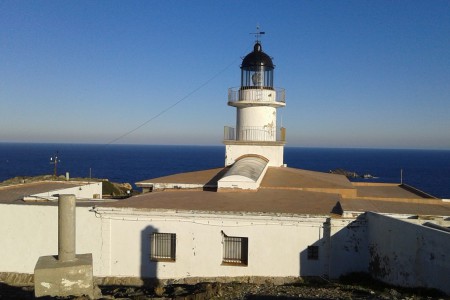 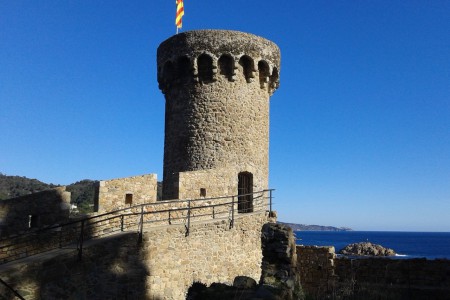 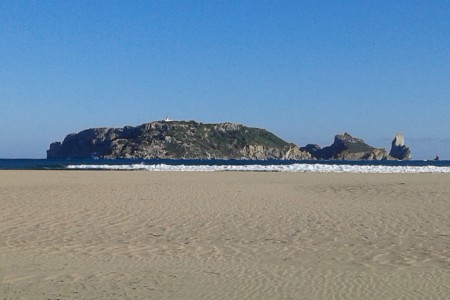 THE COSTA BRAVA is situated between Blanes and the french border . It takes about one hour on the highway from Barcelona to Blanes . However , it's possible to leave the highway at Caldes d'estrac and follow the coast till Blanes . To avoid hours of travelling , it is better to visit only one part of the Costa Brava , like for instance the south area (Blanes , Lloret , Tossa , Sant Feliú de Guixols , etc..) or the north part (Palamós , Begur , l'Escala , Port de la Selva , Cap de Creus , etc..) . 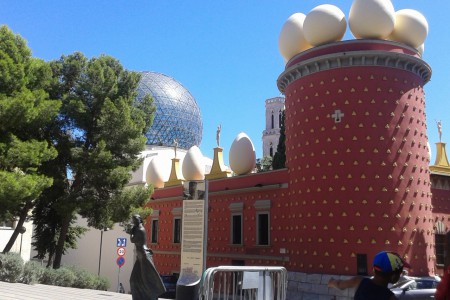 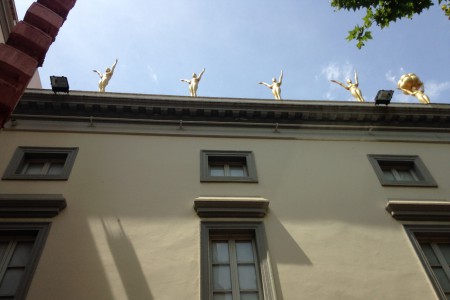 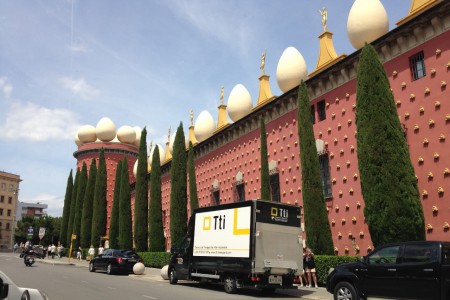 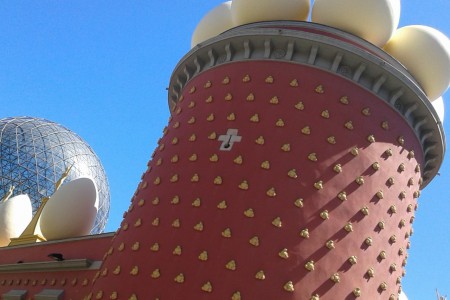 THE DALÍ MUSEUM is located in Figueras , where he artist was born . It is a former theater wich was converted into a museum . The museum has been designed by Dalí himself . Apart from the main room , where the artist rests in peace , a smaller room is dedicated to the exhibition of jewels designed by Dalí . The journey between Barcelona and the museum lasts more than 1h30  . Therefore , it's important to check the days and hours of opening before travelling to  Figueras 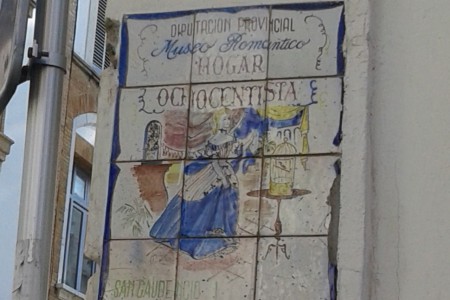 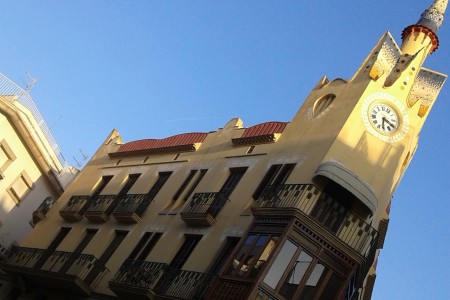 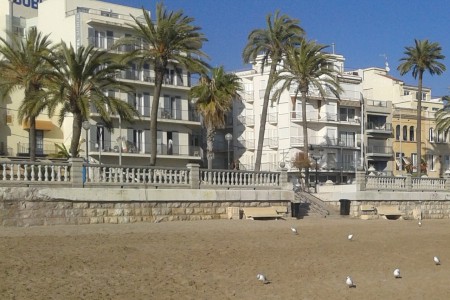 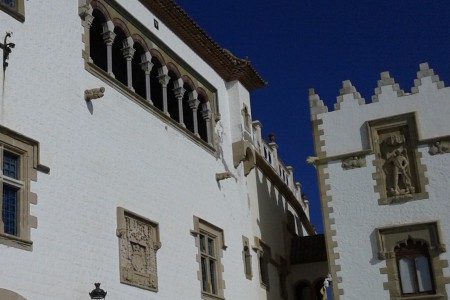 SITGES  is a small coastal town located 40km southwest of Barcelona. It has two seafronts and two beaches, the main beach and the somewhat smaller San Sebastian beach. These two beaches are separated by the old quarter and its church facing the sea. Not far from the old quarter, you can admire the houses of the "Indianos", the name given to people who had become rich in the Spanish colonies. These mansions were built at the turn of the 20th century. Every year in Sitges you can attend events such as the Fantastic Film Festival, the Sitges Carnival or the Rally Barcelona-Sitges of vintage vehicles. To go from Barcelona to Sitges or back, it is possible to take the coastal road between Sitges and Castelldefels. Halfway is the village of Garraf, and the Bodega Güell, the work of Antonio Gaudí.